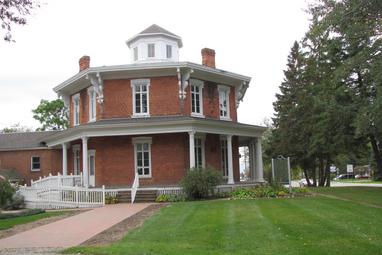 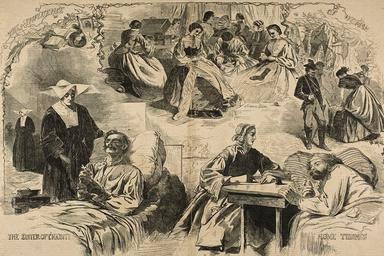 Octagon House Chat – The Other Battle – Women Of The Civil War

Join us for our first Octagon House Chat of the 2020 season on Sunday, March 15, 2020, at 2:00 p.m. as Bill Grandstaff, local Civil War historian, introduces us to the Women Of The Civil War and the contributions and sacrifices they made to support the Civil War effort.

The Civil War changed many lives. Thousands of books have been written about the soldiers and civilians that were killed or wounded and the impact that it had on those who were left behind. But one area that has not been addressed in any detail is the women’s role in the war. Historians and authors will often mention the usual suspects - Clara Barton and her nurses, Emma Thompson and Harriet Tubman. But there are many more untold stories and many roles that were filled by some brave and remarkable women. Consider the wife left at home as the husband marches off to war. She must maintain the home, the farm or the business, and care for the children alone. Just as in WWII, many women worked in the factories of the day with often lethal consequences. To survive, many worked in the world’s oldest profession which produced some unexpected mixed results.

We will explore some of the reasons that women of that era might have needed to look for a better PR man…or should we say woman…to promote and explain their wartime roles. We will try to answer the obvious question - why did the newspapers by-pass stories of the heroic women back home and fill all those columns with stories of men at war? There was definitely more than one “battlefield” in this war.

An admission of $5.00 will cover a self-guided tour of the Octagon House in addition to the scheduled presentation.

The Loren Andrus Octagon House is located at 57500 Van Dyke, just north of 26 Mile Road in Washington Township. For more information, visit our website at www.octagonhouse.org or call 586-781-0084.