with assistance from Lori Nye, Team Chief of the Museum’s Library/Research area.  A continental

breakfast was set up for attendees and box lunches were delivered at noon.  All food was catered by

the U.S. Army MWR’s Mulligan’s located at the Golf Course, Selfridge ANG Base.

To the right is a photograph of the

Enlisted housing for E-5 and above.

to welcome and greet the attendees.  BG Slocum  highlighted the

Also in the general business section of the agenda was a presentation of the 2016 officers present at this year’s meeting by having them rise. Those board members missing were out-going treasurer, Chris Causley and Debbie Remer, Board of Directors.  Pam Lavers from the One Macomb Arts and Culture Committee provided screen shots of the website for the One Macomb Arts and Culture Committee and explained what the plans were to celebrate Macomb County’s 100th Anniversary in 2018.  Kim Parr, Director of the Crocker House Museum, spoke on the 2018 Macomb County Bicentennial and the Macomb County Historic Sites Google Map and Passport Program that is being sponsored by the Macomb County Historical Society and Culver's.  Alas, as there was no public Wi-Fi on Selfridge, access to Kim’s Google Map and Pam Laver’s website was not available for viewing by the attendees on the ‘big screen’.  Final agenda item before lunch was the presentation of officers up for re-election and those members running for office.  All motions were properly made and approved on all business-related items.

As in the past several years, there were several tables packed full of prizes for the annual silent auction and a

& genealogical organizations in attendance, which actually took the first two rows of tables back to windows.

The silent auction generated proceeds of $249 for MCHA.  The final accounting and collection of monies for

the auction took place following the close of the meeting.

it's historical sign along with Roy Rivard accepting his award from Sue Keffer and he and his lovely bride, Eileen with the award.

​​Following the presentation of the awards and awaiting Mulligan’s delivery of our box lunches, our guest speaker, Dan Heaton, took those attendees that were interested out to the south porch of the DFAC for a brief history tour of the buildings in the immediate area of DFAC.  Once lunch was delivered, we all helped ourselves to whatever we had previously selected: delicious sandwiches with chips, cookies, fruit or fresh salads.  While lunch was being served and eaten, the attendees held an ‘open mic’ session, which allowed the members to get up and address the group on what was happening with their own organizations in the area for the summer.  Here are some photos from the ‘open mi’ part of the session:

After lunch, Dan Heaton gave his presentation on Selfridge – 100 Years.  He did an

which was built from land previously owned by Henry Bourne Joy, President of Packard

Motor Company, who purchased the land originally for use as an aviation field who

wanted a place to test planes built with the Liberty engines. The area was first known as

Joy Aviation Field and during/after World War I was purchased by the U.S. Government

as a military installation and renamed Selfridge Field (visit the Selfridge Military Air Museum to learn why it was named Selfridge Field). It carried that name until around 1947 when the U.S. Air Force became a separate branch of the service, when it was renamed Selfridge Air Force Base.  In 1971, when the USAF turned it over to the Michigan Air National Guard and it no longer served as an active-air base, it became known as Selfridge Air National Guard Base. Following Dan’s presentation, the meeting came to a close, the Silent Auction was wrapped up, and the attendees left for a tour of the Selfridge Military Air Museum.  A big 'thank you' to Dan for his presentation and donation of his books to the silent auction.  Dan wrote the following books about Selfridge's history:   Forgotten aviator: The Byron Q. Jones Story,  Forts & Fields: a history of Michigan's military past, and Selfridge & Collins: The life and times of military aviation pioneers Lt. Thomas E. Selfridge and Capt. Phelps Collins.

Hope to see you all and more at the 2018 Annual Meeting, date, time, and place to be announced later.  For write-up on past year's events, scroll down. 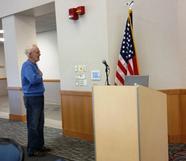 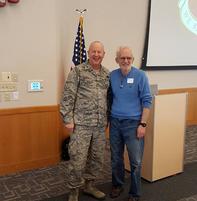 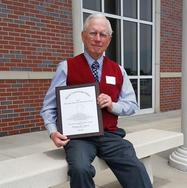 ​This website and its content is copyright of the Macomb County Heritage Alliance- © 2016.  All rights reserved.  Any redistribution or reproduction of part or all of the contents in any form is prohibited other than the following:  You may print or download to a local hard disk extracts for your personal and non-commercial use only.  You may copy the content to individual third parties for their personal use, but only if you acknowledge the website as the source of the material.  You may not, except with our express written permission, distribute or commercially exploit the content. Nor may you transmit it or store it in any other website or other form of electronic retrieval system.